In 2012 Robedi bought its first Buffalo cows from Nyumbu Game, pregnant to Tyson 53″ bull and a couple of cows from Thaba Tholo. Robedi was fortunate enough to obtain the bull, Jack 48.5″, from Thaba Tholo as our breeding bull.

In 2013 and 2014 the herd grew with Buffalo from Tembani Wildlife as well as more cows from Hendri van Staden, Keta and Thaba Tholo.

After a short breeding career Jack, the beautiful 48.5″ bull died. This was truly a sad day for Robedi. Jack was and will always be Robedi’s pride and joy. However Jack was replaced with Duvha, a 45.5″+ bull from Thaba Tholo for 2 seasons and then was sold to Savannah Game Farm.

We have direct offspring from the following proven 45”+ bulls on our female side:

We also have progeny from the following proven 45”+ bulls on our male side:

With Ghanda 45″+ as our breeding bull, and the wide gene pool of cows, with measurements between 30″ and 34″ in the herd and sires over 45″+, we at Robedi are confident that we will be able to breed a perfect Buffalo in the years to come.

We formed our second herd, the Bassa herd in 2016.

Late 2016 Robedi bought the very impressive East African bull, Bassa 52.75″, son of Nelson 46″. After doing a lot of digging and gut feeling we managed to trace Bassa’s dam. I always had the feeling it could be one of two cows, Grace 38″ or Uganda 36″+. We did DNA tests and the results came back, Grace was Bassa’s dam. So now Bassa had a proven sire and dam out of proven lines.

With the purchase of Bassa we also acquired some top cows and heifers out of Shambala’s top breeding animals. A herd was formed with him and ± 40 production females, with an average spread of 35″ and an average age of 7 years.

We are very happy with the results we are seeing the last few years from the combination of Bassa 52.75″, with a 137″+ SCI, and the cows with good spread and SCI that we selected for him. 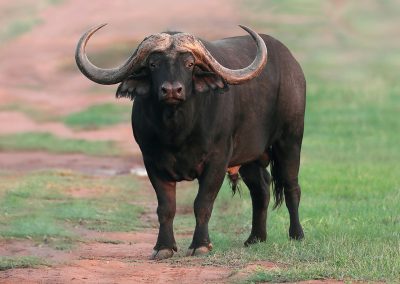 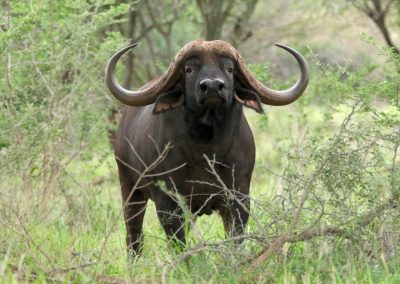 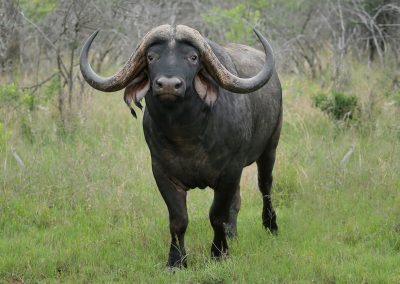 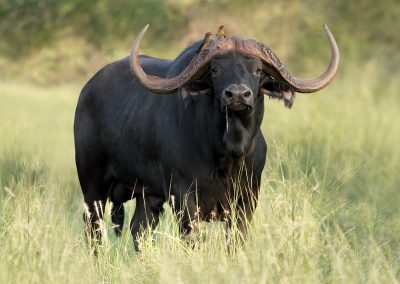 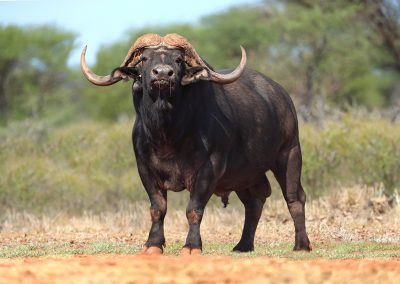 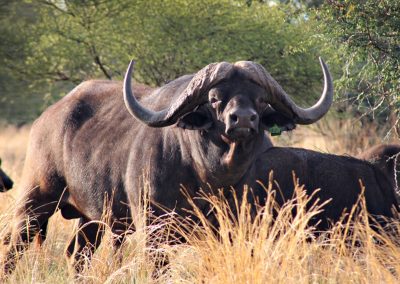 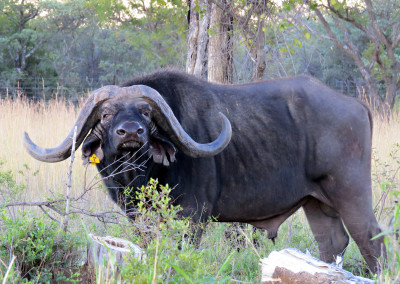